What Is a Clipper? Everything You Need To Know About the Iconic Lighter Brand

Clipper, one of the best-known lighter manufacturers in the world, has become something of a breakout success among certain groups – some 50 years after the first lighter was made in Barcelona. While it’s possible to attribute this success to their association with English rap band The Streets, who used the lighter as part of their logo, it’s arguably the company’s unique lighter design (both mechanically and cosmetically) that separates it from rivals like BIC. Let’s find out what is a Clipper and how they became what they are today. 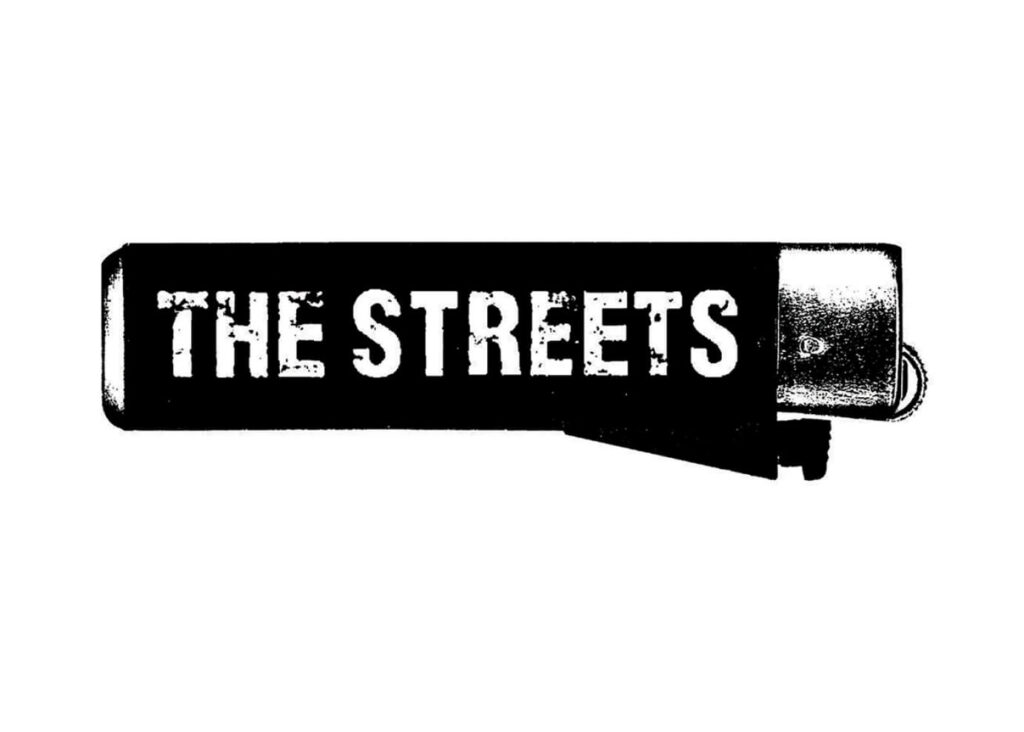 The streets – Logotype of the band

With such small products, branding can be a difficult affair. However, having built a name around concepts like eco-friendliness, Clipper has been able to maintain its popularity among a number of disparate groups for decades. Safety, too, is one of Clipper’s more marketable traits. Its lighters adhere to several self-imposed restrictions, including a maximum flame height of 3mm (the ISO standard is 5mm) and the use of safe materials like nylon and isobutane gas.

What’s so significant about those two products? Isobutane is a gas with several interesting properties. The flame gets longer when held sideways, which can prevent burning one’s fingers when lighting candles. Its other advantage is that it doesn’t smell, unlike the butane used in budget lighters. Nylon, the shell of Clipper lighters, has a high melting point of 220°C, is resistant to cracking, and self-extinguishes any flames. It’s the same tough material used in zip-ties, toothbrushes, and plastic cooking pots.

Clipper lighters have a removable flint that can be used as a packing tool by people who like to self-roll, which is a function that has become a bit of a trademark of the Clipper brand. As mentioned, though, the company’s commitment to eco-friendliness is evident in the Clipper lighter. They’re refillable, which spares a liter of oil every time a lighter is kept instead of disposed of and actually comes in 90% cheaper than buying a brand-new product every time it empties. 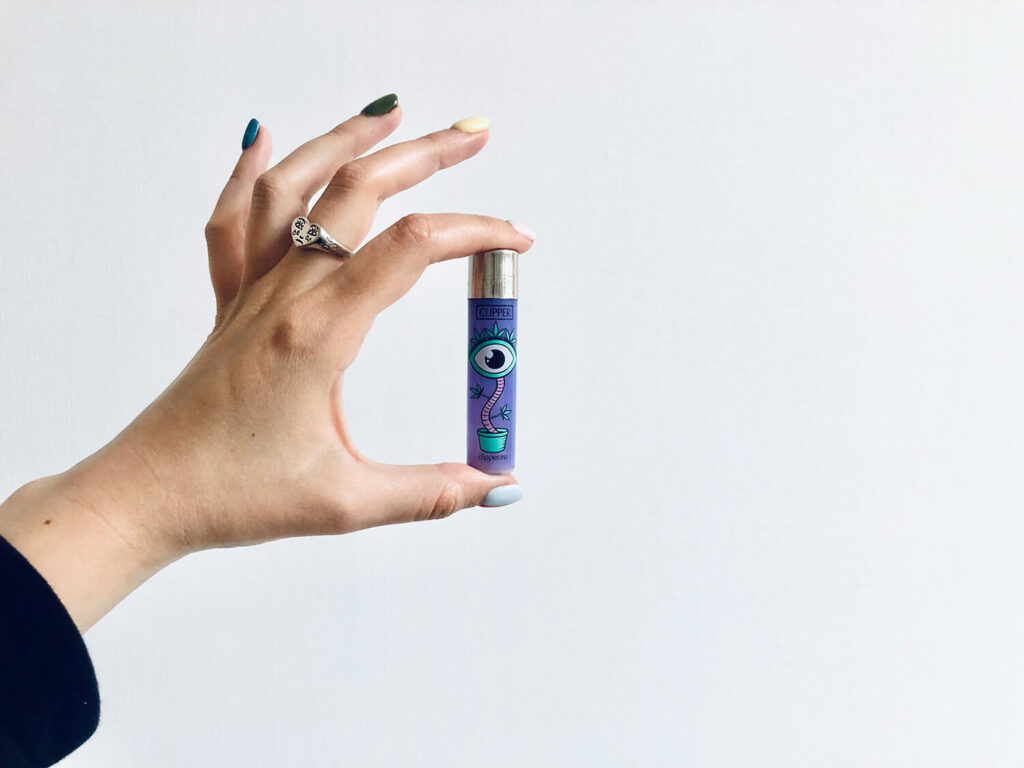 Let’s talk some more about the cosmetics of Clipper lighters. On the Simply Green website, we have more than 70 examples of Clipper’s eclectic designs. These range from the mundane, such as matte black and rose gold, to lighters with mandalas, cannabis iconography, skulls, pop art, and even killer pandas. There are few opportunities to express yourself with a lighter, but Clipper’s catalog is ostensibly designed to let users match their purchase to their personality or their interests.

At their most basic, Clipper lighters come with a choice of nine different finishes. We’ve already discussed the printed option but, for fans of more subtle designs, lighters can also be bought as Solid, Metallic, Soft-touch, Crystal, and Nebula. Within these styles, there are also several sub-categories, such as Solid-Fluorescent, and Metallic-Gradient. This rather artistic approach to lighter design contradicts the throw-away culture that’s often associated with pocket lighters.

It doesn’t end there, though. The Clipper brand boasts a large number of lighter shapes and sizes – up to five in the Classic category alone. While these often dictate flame-type, physical size, and whether the lighter has a nozzle or not (e.g. as in kitchen safety lighters), there’s an option to buy lighter covers in three materials, namely cork, metal, and silicone. This significantly increases the number of aesthetic options available and gives Clipper products a real personalised feel.

Login for price
-6%Sold out

Finally, as it’s such an important part of Clipper’s identity, let’s take a quick look at some of the sustainability and recycling data provided by the company itself. As Clipper manufactures its own products, it has a responsibility to ensure that its industrial practices cause minimal damage to the environment. The energy required to produce lighters in Clipper factories has decreased by 25% in the last three years, according to an internal audit of its processes.

Perhaps more to the point, the CNMC, a Spanish regulator, observed that 60% of Clipper’s energy needs now come from renewable sources, such as solar and wind farms. Considering how easy it is to associate lighters with pollution and other environmental hazards, Clipper’s commitment to causing as little harm as possible is commendable, and one that ought to be replicated throughout the wider industry.

In summary, Clipper is a well-thought-of business that knows how to dazzle with aesthetics and its green policies. Discover all Wholesale Clipper designs available on our platform.